Apologies about not updating the blog.

Unfortunately my camera with all the blog photos was lost in Japan :(

Without those photos, there is not much point in writing a blog. The walk went well, Greg and myself made it out of Japan safe and sound after having a great time.

Trust me, lesson learned! Next time I will be automatically backing up all photos onto the cloud so there is no possible repeat.

And speaking of next time, keep an eye on this blog as I plan to do a fastpacking hike of the Tokai Shizen Hodo later this year or perhaps around April next year.

Thanks for your support and emails!

I will let the photos tell this day:


We both feel absolutely exhausted from the 3 days walking. From memory I felt like this last time three days in.

We need an early start tomorrow so it's off to bed.

I did not sleep the best last night. The wind in the trees was really loud. It kind of sounded like huge rolling waves on a beach. It woke me up several times but I think I still managed to get about 6 hours. But I still I woke up to my alarm at the crack of dawn: 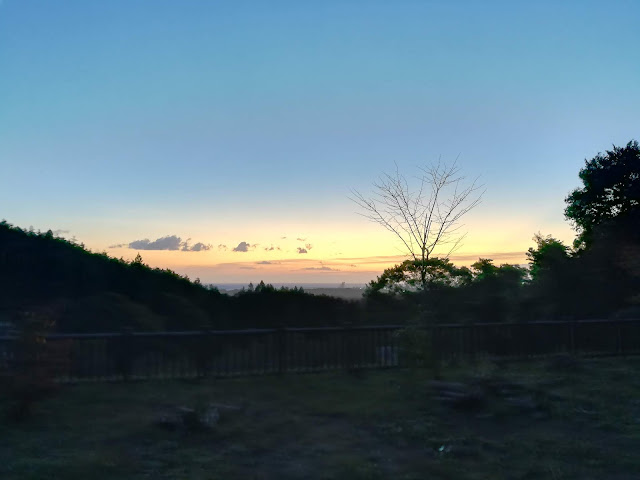 Greg was still asleep but I went about boiling some water for the instant coffee and started eating the convenience store breads I had bought the the day before for breakfast: 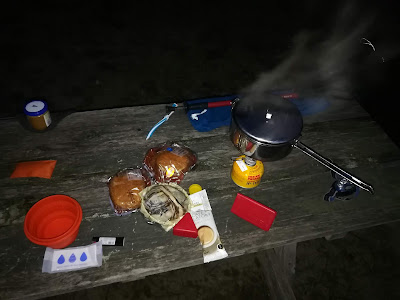 After I was done with my coffee I made one for Greg. We had to share my cup as he doesn't have one!


As I was finishing off my breakfast Greg managed to take the most horrendous photo of me that I think has ever been taken of me:

By around 7am we set off to get to the top of the mountain that we had half climbed the day before:

This was Gregs first accent of a mountain with his full pack on and I got the feeling he was feeling the extra weight on his back (and front): 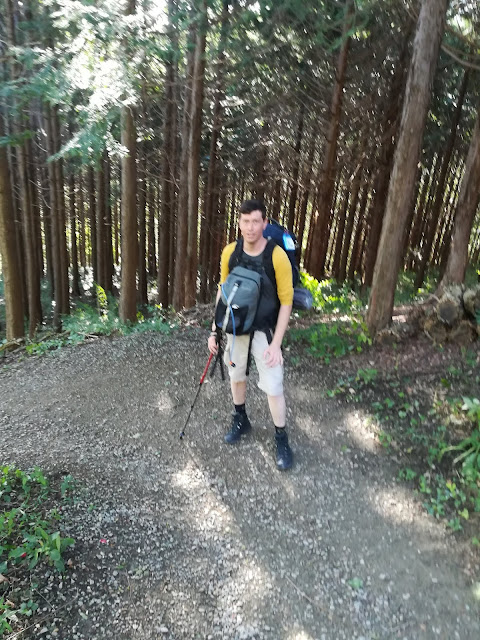 It was rewarding to get to the top:


After a short rest and a nice breeze at the top, we began our descent:

The trail spat us out on a mountain road and led us into the farming lands around the town of Soma: 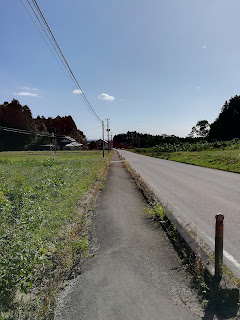 We stopped at a small lake with a shrine for a snack break: 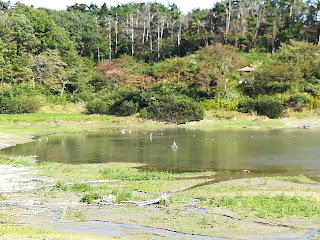 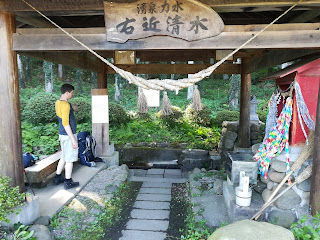 As we were resting some ladies pulled up in a car and gave us a strange look probably wondering why there were two foreigners hanging out at this random lake in the middle of nowhere. They then set about filling up huge plastic bottles of water from a running pipe next to the shrine and putting them back into their car: 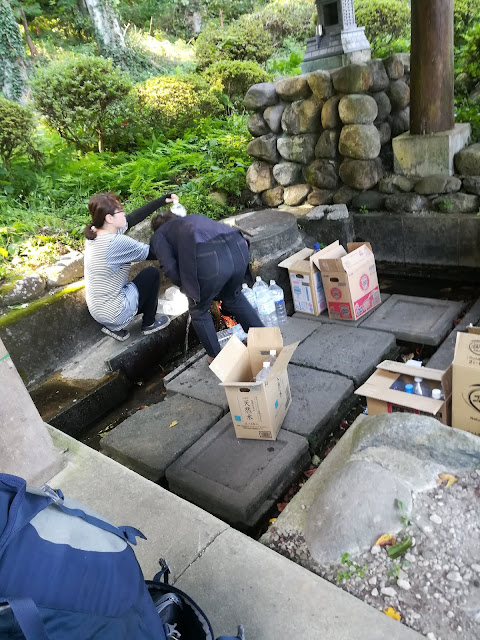 We had no idea why they were doing this, just one of those mysteries of Japan I guess.

The trail then took us along the costal area north of Soma. It was quite a desolate place with very few buildings or houses, which we took as a sign of the devastation of the 2011 tsunami:

But even out there it was still possible to find the odd vending machine and get a hot coffee: 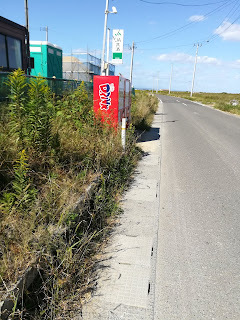 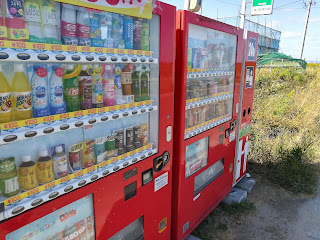 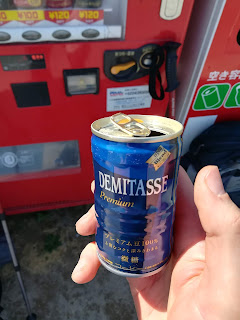 In the distance we could see that the Japanese government had created a huge concrete sea wall all along the coast for kilometres and kilometres:

We managed to get a closer look at it a bit further along where they had built it up along the banks of a river: 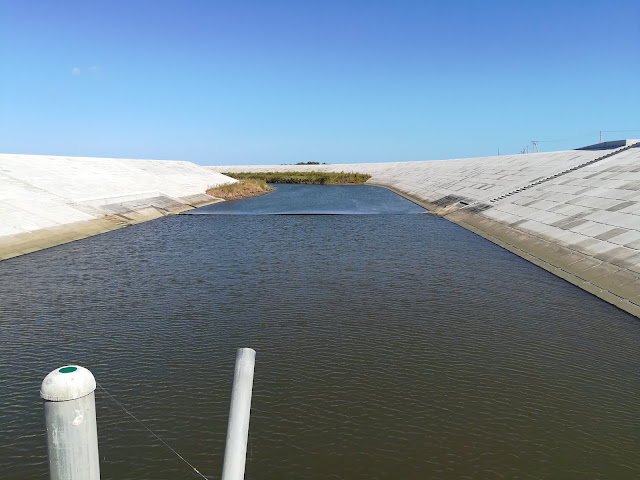 It was an impressive structure that must have taken some years to build, particularly if it continues right up the coast north which it appears it does.

The day continued on in spectacular style with a late (hungry) lunch at a convenience store the trail passed:

Around 3pm we were walking down a main road that the trail followed and we met a gentleman by the name of Hiroshi who seem eager to speak with us. He asked if had time, which we did, and then offered to take us on a "Tsunami Tour" and show us the devastation the 2011 event caused to the surrounding community. He lived in the area when it happened:

So we set off with Hiroshi on the tour. Whilst it was a deviation from the trail it was a wonderful chance to learn about the event:

From what Hiroshi described it was a truly horrendous situation. He walked us to where the water came up too and told us "it was like hell from this point on." He pointed out where there used to be houses that were swept away and where people were caught with nowhere to go:

Hiroshi lives in Yamamoto, a township of roughly 16,000 when the tsunami hit. He said that around 800 people lost their lives in Yamamoto alone, around 5% of the population. He also claimed that in the days after the nuclear disaster at Fukushima the rain in Yamamoto was black, a phenomenon that was recorded in Hiroshima and Nagasaki after the bombs dropped.

By the time we said goodbye to Hiroshi the day was getting late and we needed to resupply and find a place to sleep. We got some food at Yamamoto's supermarket and then rushed towards the outskirts of town as it was getting dark quick:

We set a gruelling pace for 45 minutes in order to cover more ground to find a spot to camp. In the end we managed to find a small shrine out of the way up a bunch of steps that had a flat piece of ground to set up our tents: 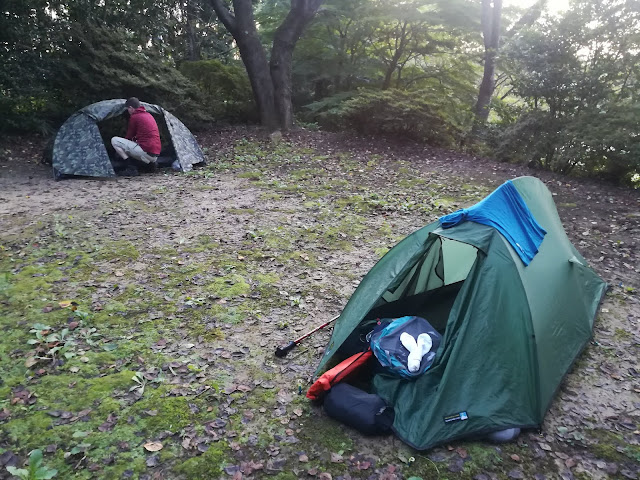 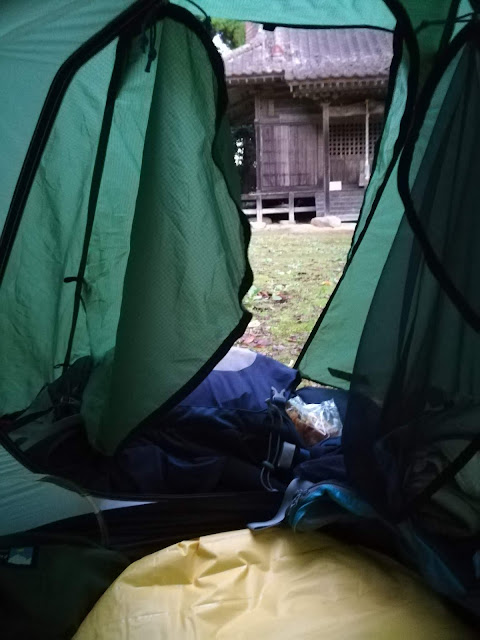 We now are sitting on the side of the shrine and have the treats of the supermarket to eat after a hard days walking. Life could not be better: