Luckily my fears were unfounded and no one from the golf course came to hassle me awake in the night. I had set my alarm for 5.20am to be out of there early but when it woke me I just turned it off and went back to bed. I just didn’t care if someone was going to come and tell me to clear off, until then I was sleeping as much as I could! So I got up at 7am and walked over to the 7 Eleven, got some supplies and a coffee. I tried to use the public phone to call my mother, but there was no dial tone when I picked it up. A few kilometres down the road I remembered that with Japanese phones you need to put the money in first! It was a bit too far to go back.

So after a short walk through the township surrounding Asagiri, I arrived at Mt Chojagataje. FYI there is a shelter at the bottom of this mountain that you can spend the night in for free. I wish I had known last night as I would have used it. It took me about an hour and a half to get to the top, on the way it provided some great views of Fuji.

An elderly gentlemen I met told me that many people had come earlier today to get a glimpse of the double diamond Fuji. I think he meant that you could see Fuji’s reflection in two of it’s five lakes at the same time, something which happens only a few days a year and today was one of them. There were also people at the top with huge cameras taking photos of tiny flowers. The lady explained to me that the mountain we were on was home to a extremely rare kind of flower, and that she had driven from Aichi (quite a ways away) to get a photo of it.

The trail split after the top and I had a choice, follow my GPS route or follow the sign that says “Tokai Shizen Hodo THIS WAY.” On closer inspection it turned out they were both part of the trail, on was just much older than the other with a very faded sign. This should have been the first indication that I should not have taken this trail, but, the GPS trail had not led me astray so far so I decided to go with it. About 300 metres down the path it became obvious that it had not been used for a while. Leaves and rocks littered the path, and as I moved further down it, the conditions became more and more treacherous. Often the path was only a foot or so wide, consisting of loose gravel, with a wall on one side and a steep drop on the other.


In other sections land slides had taken it out completely, and I had to shimmy across, grabbing onto roots and handfuls of gravel. 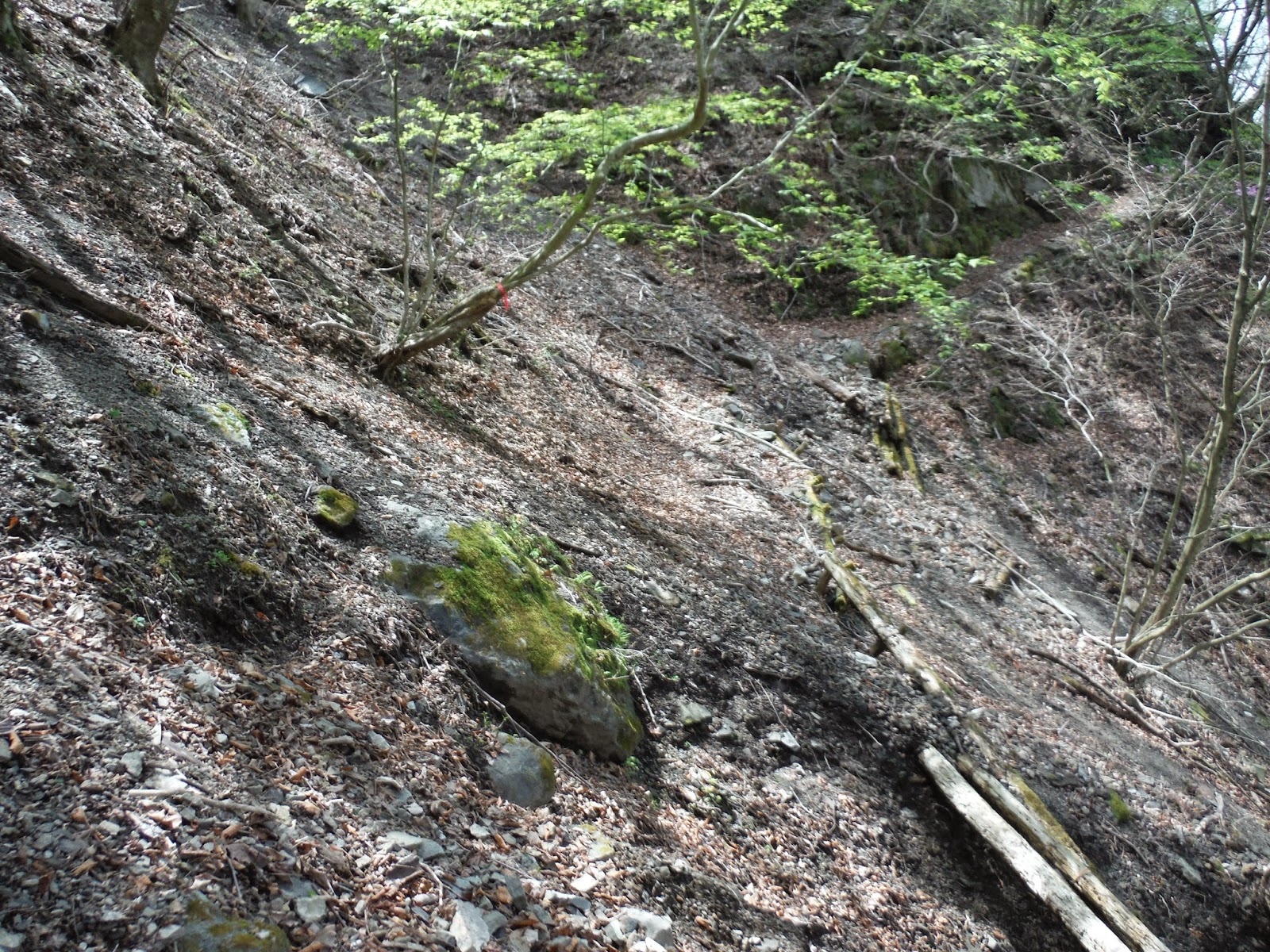 So for the large part of three hours I had to give my full attention to the path to make sure I did not slip of the edge. It was an extremely stressful descent to say the least, and I would advise against anyone else to take it, especially if it were wet. Take the other path or go around the section entirely. It was simply not worth the risk.

When I finally did get down it, the trail led me to a river valley with a seemingly deserted Japanese village in it. 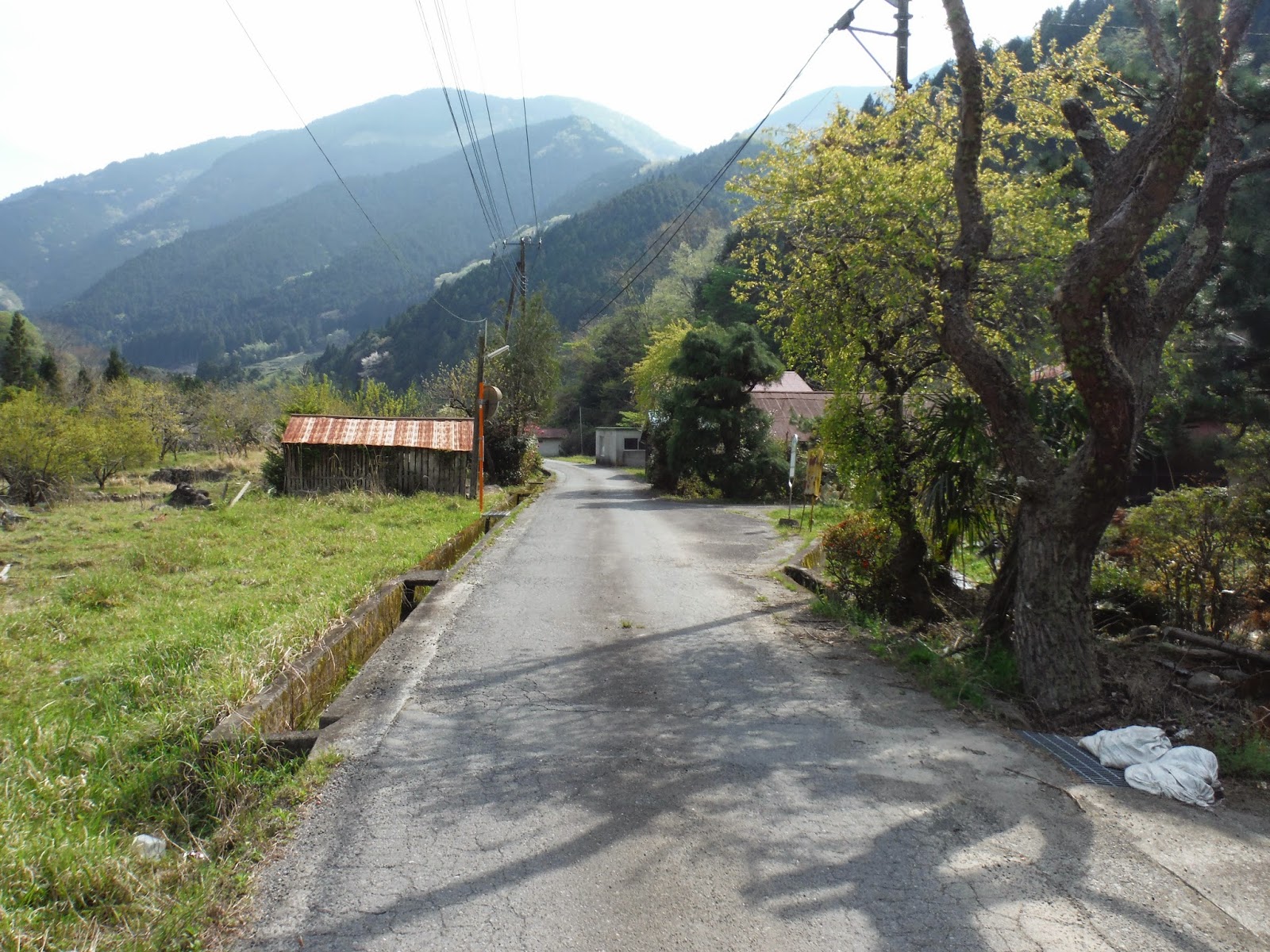 Don’t get me wrong, there were signs of life, clothes hanging on the washing line, freshly ploughed fields etc, but there were just no people around. I didn’t see one person while walking through it. I did see these stunning tea fields though. 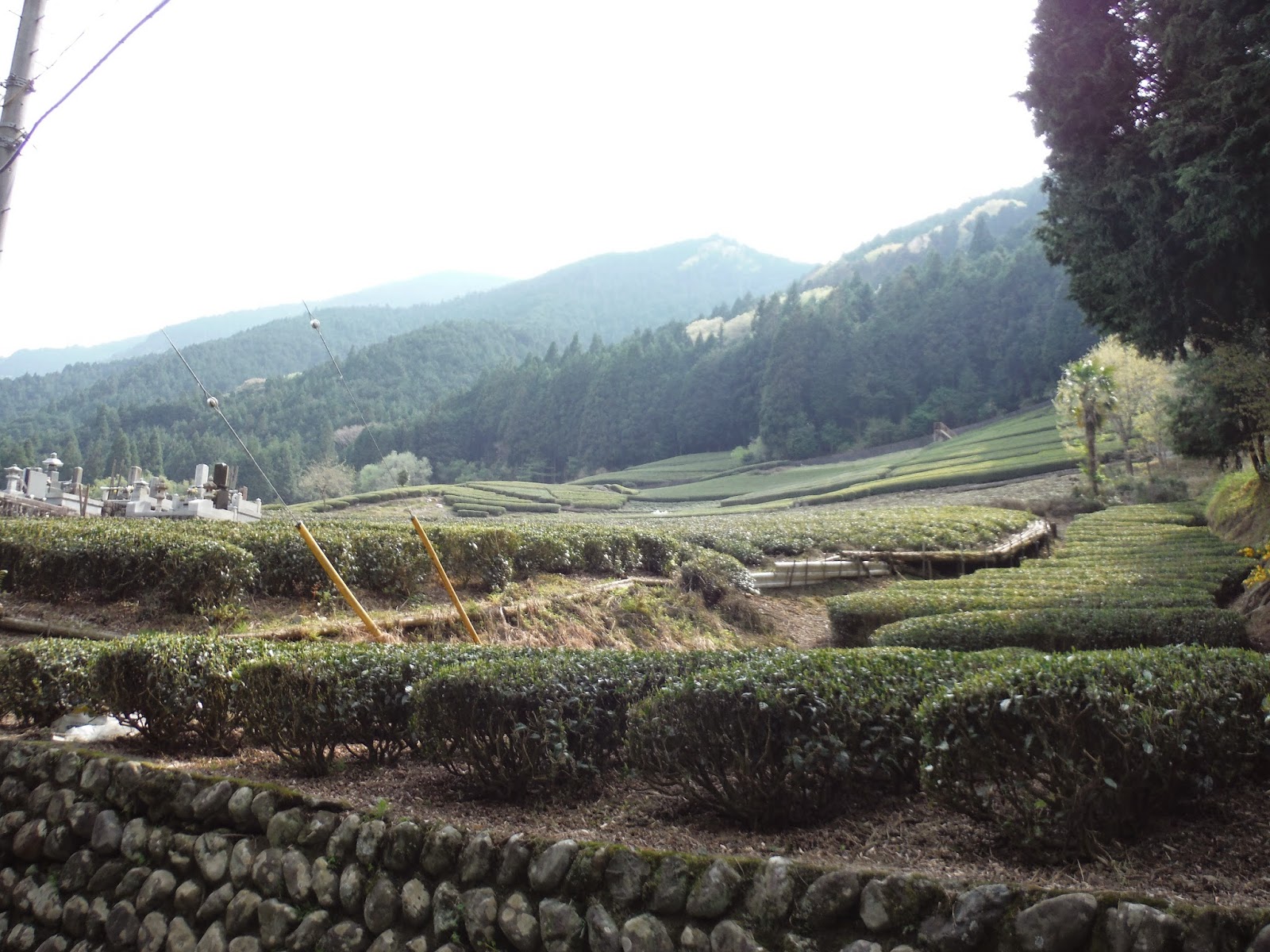 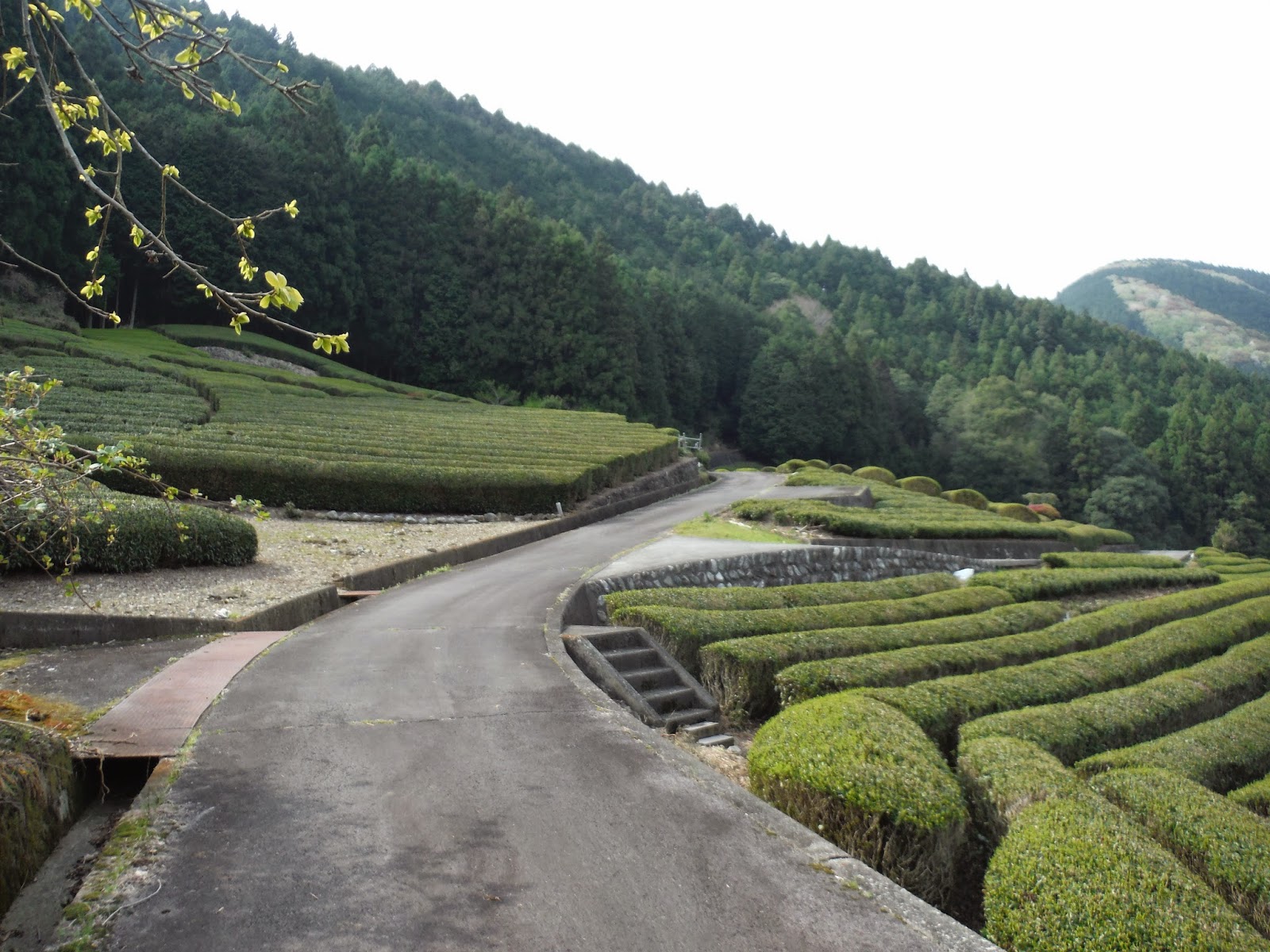 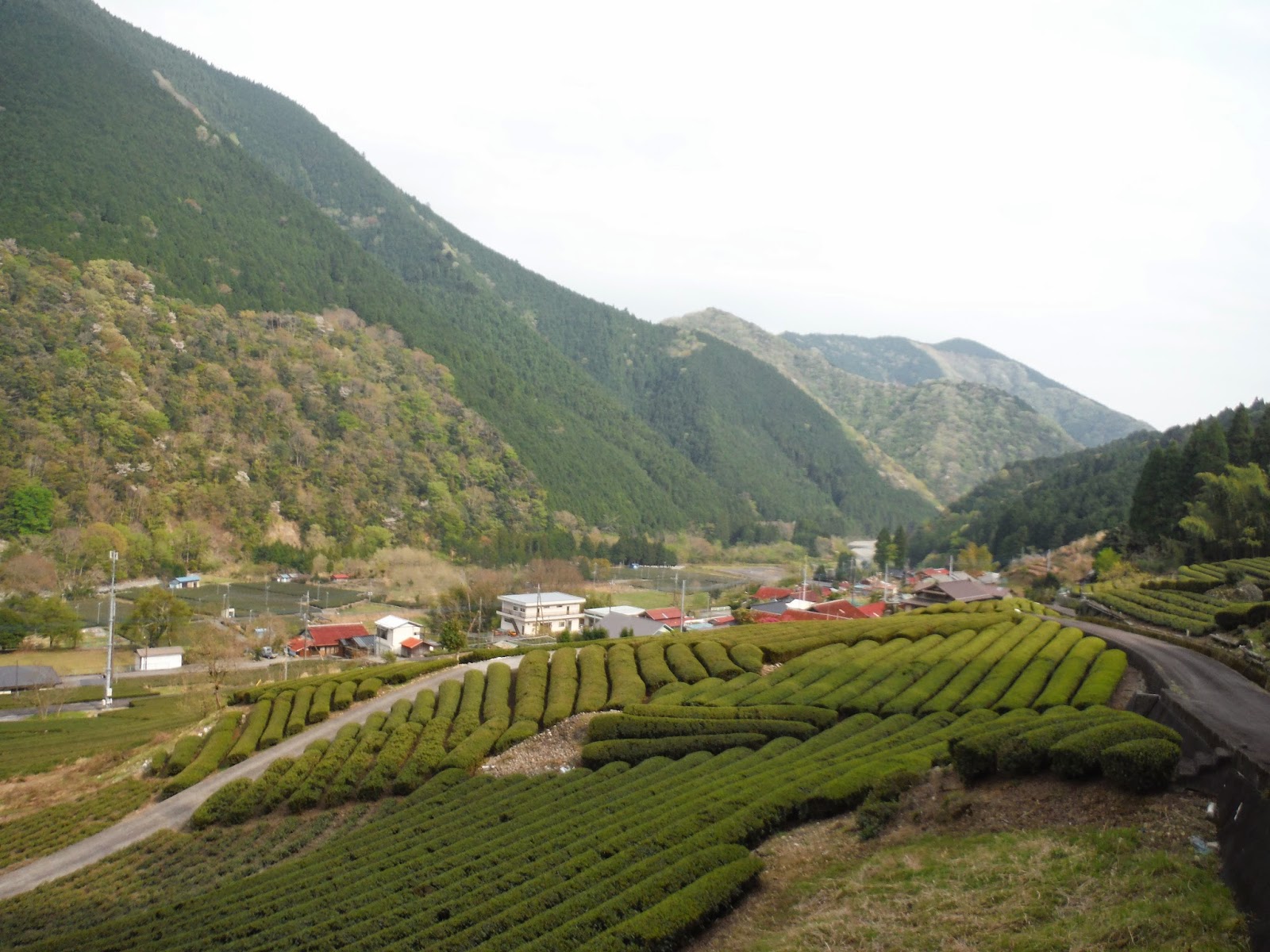 It was about 3pm and I thought I could get one more mountain in before days end, Mt Shishinzan. So once again, up I went. The forest was typical of what you find around here, rows upon rows of thin straight trees, the kind that get logged every 20 or so years. 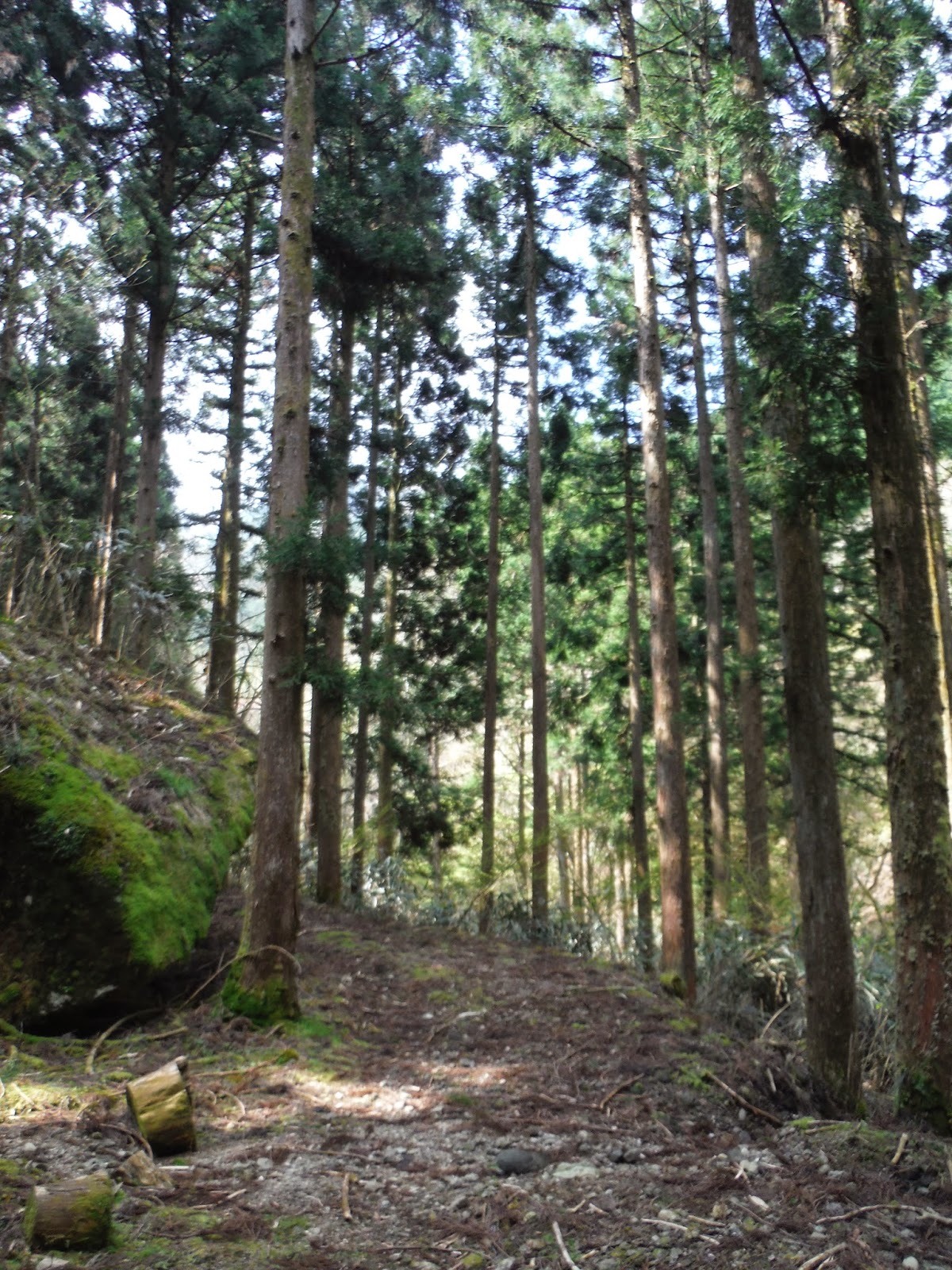 There were also signs telling me to be careful of bears. 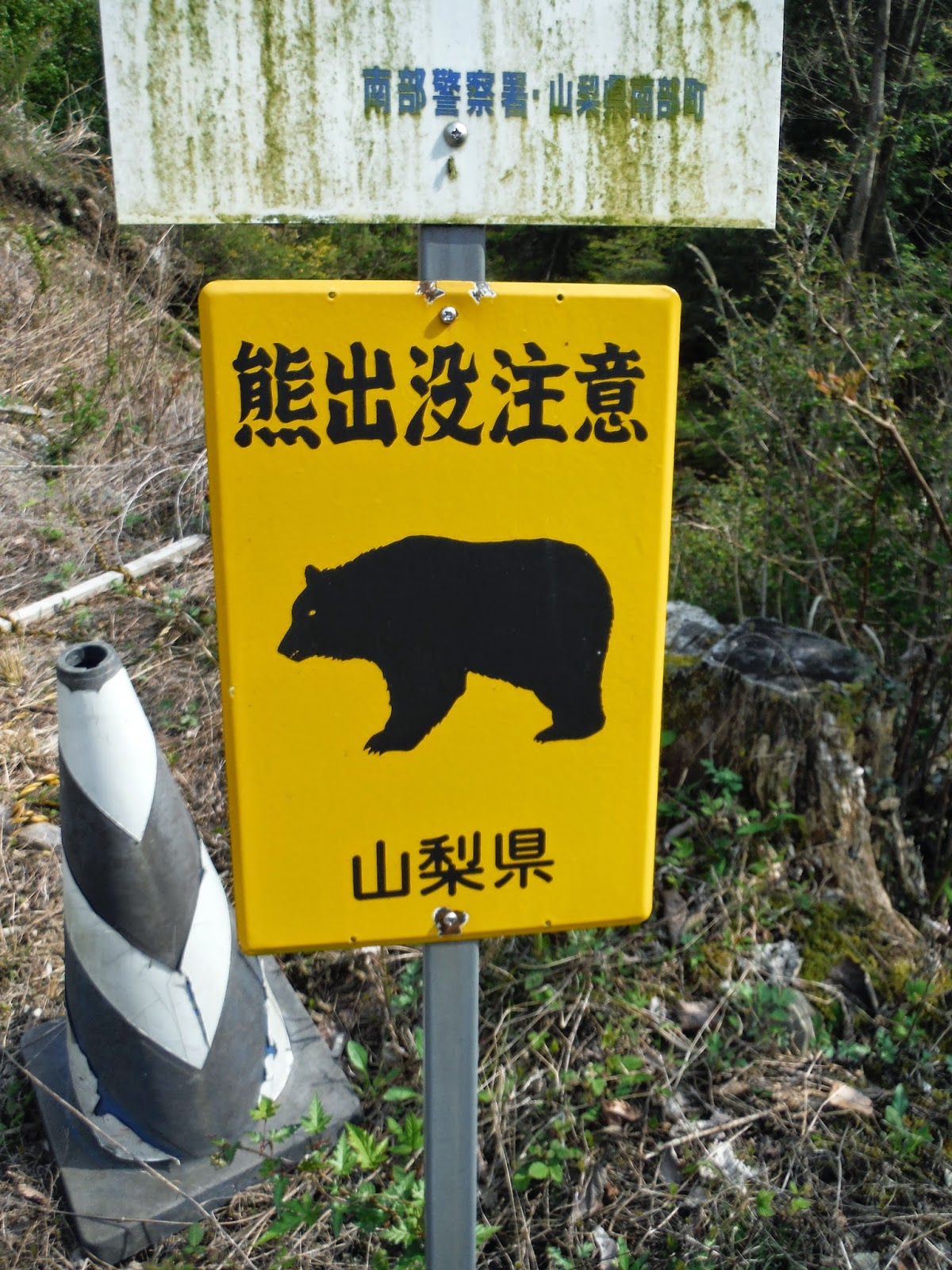 At one point there was a rope going across the path with some kind of warning sign. I have come across many warning signs on this trip, they seem to love them here. The problem is I don’t read Japanese, so whilst I have not exactly ignored them, like, I acknowledge they are there, I simply can’t understand them, therefore, I just keep trekking and hope for the best.

So I ducked under the rope and kept going, and a few hundred metres up the path I came to this: 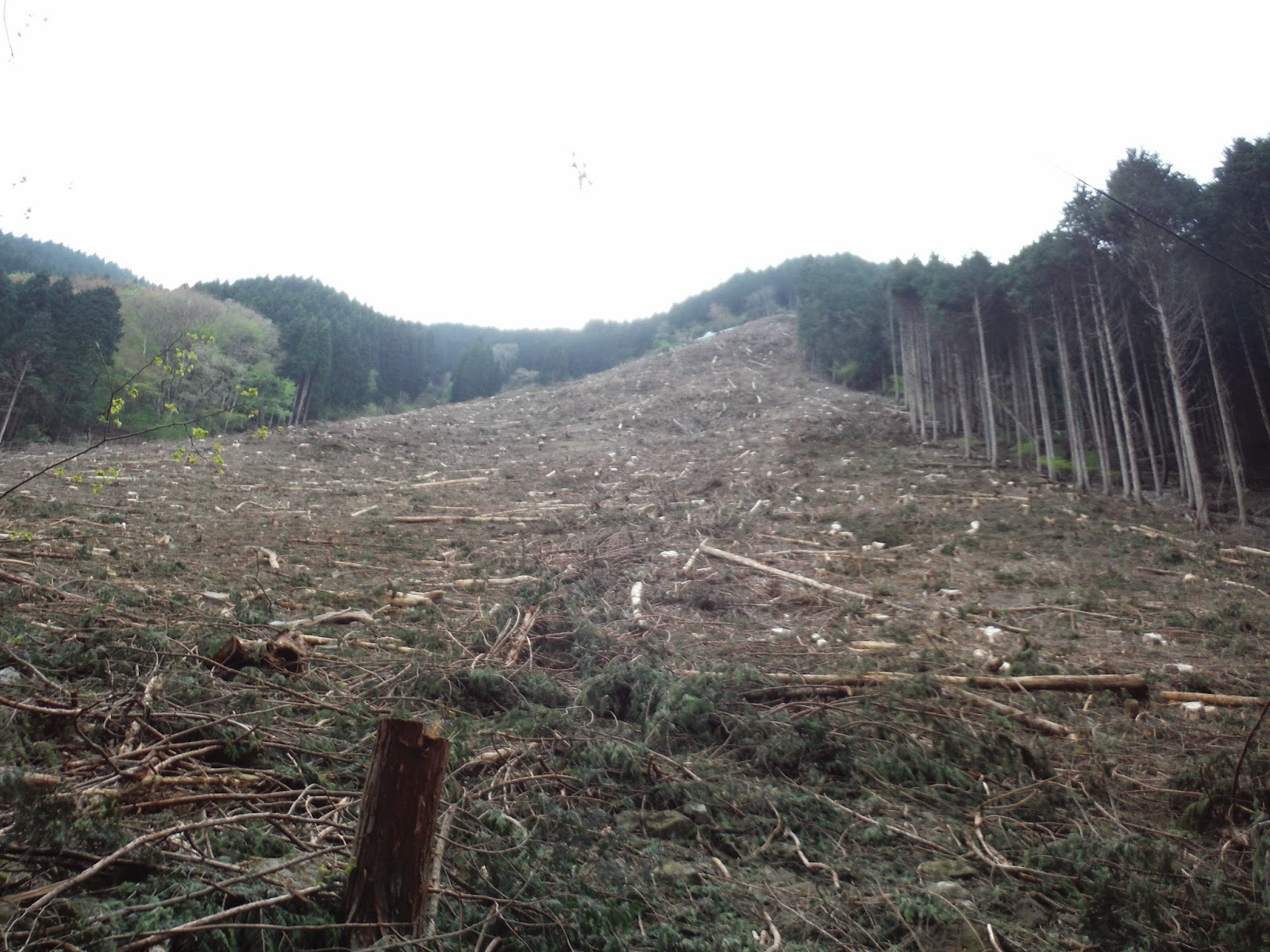 I walked into the area and found huge logs blocking the path. I was standing there wondering what to do when I spied a worker scrambling over logs trying to get somewhere.

I shouted “Hello” which startled him.

I think he was a bit bewildered as to how or why I was there, in his logging operation. He explained to me how to get back onto the path, gave me some gum, and wished me luck.

I climbed another few hundred metres and came across too good an opportunity to pass up. So I originally planned to just camp on the mountain top, but I came across this instead: 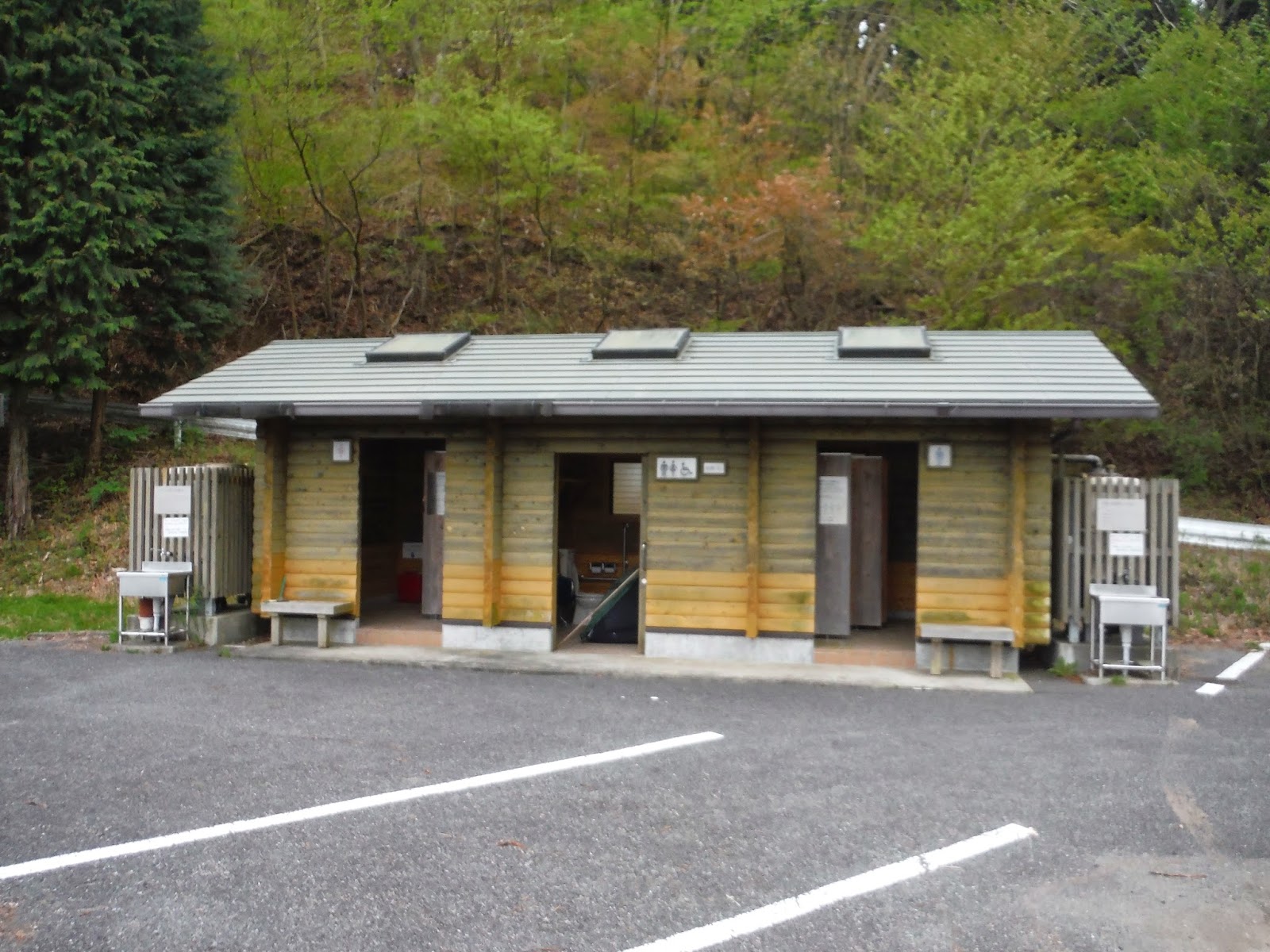 A toilet block! You know you’ve been trekking on mountains too long when you get excited coming across a toilet block at the end of your day. They provide four walls you can get out of the cold from, running water, and, if they are clean enough, a place to sleep. This one proved to be perfect with a disabled washroom I could set my tent up in. I don’t have to worry about bears coming to eat my food (and me) in the middle of the night either!

So now, in what I consider to be relative luxury, I am going to go to bed.